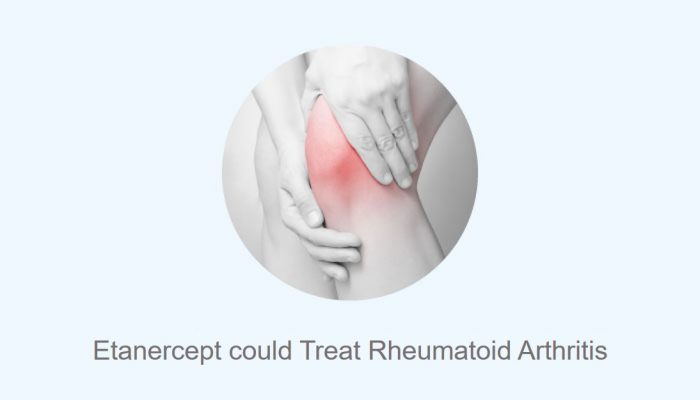 TNF alpha is a cell signaling protein involved in systemic inflammation. It is one of the cytokines that make up the acute phase reaction. TNF alpha promotes inflammation and its associated fever and signs in several inflammatory conditions.  Etanercept is a biopharmaceutical that treats autoimmune diseases by interfering with tumor necrosis factor by acting as a TNF inhibitor. It is administered by subcutaneous injection and is the first specific anti-cytokine therapy approved for rheumatoid arthritis. Etanercept inhibits the in vitro activity of human TNF and is efficacious in many in vivo models of inflammation. Etanercept competitively inhibits the binding of both TNF-α and TNF-β to cell surface TNF receptors. It also modulates indirectly different biological responses that are induced or regulated by TNF. For example, it modulates the expression of adhesion molecules E-selectin and to a lesser extent intercellular adhesion molecule 1 (ICAM-1), the production of interleukin-6 (IL-6) and matrix metalloproteinase 3 (MMP-3) (stromelysin), as well as IL1.