In this study, using a cell-based screen of 45,000 diverse synthetic compounds, researchers discovered a potent bioactive compound MAC-545496. GraR (glycopeptide-resistance-associated protein R) is a response regulator protein of a multicomponent regulatory system. Moreover, GraR is an important virulence factor and determinant of antibiotic resistance. Furthermore, GraR and its regulatory system are important for virulence of S. aureus. Unlike conventional antibiotics, MAC-545496 neither kills the staph infection nor halts its growth on its own. MAC-545496 cripples MRSA’s ability to cause infection by diminishing its tolerance to the hostile components of the immune system and blocking the bacterium’s capacity to resist the action of several front-line antibiotics. 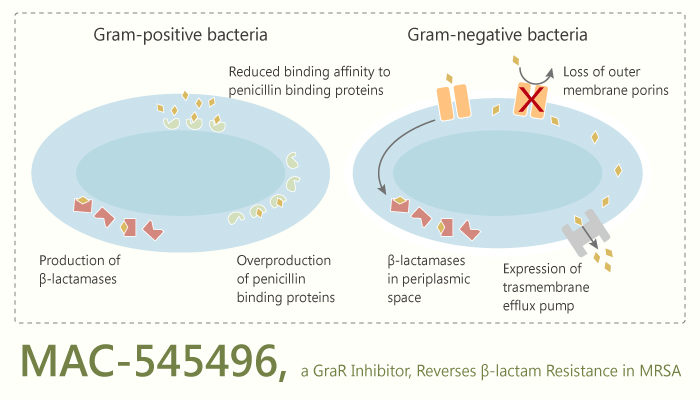 All in all, MAC-545496 is an antivirulence compound that reverses β-lactam resistance in methicillin-resistant strains (MRSA).