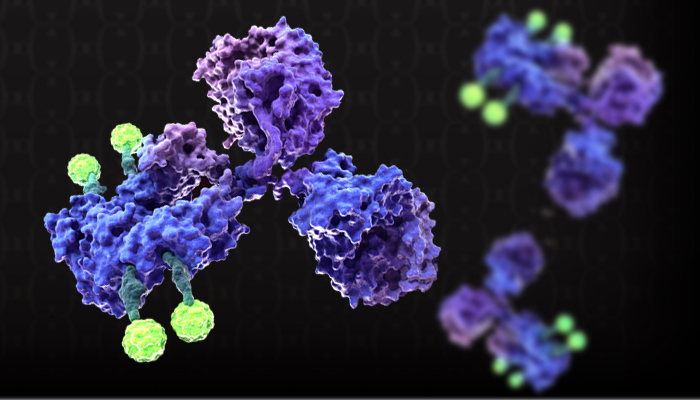 Antibody-drug conjugates (ADCs) consist of a monoclonal antibody (mAb) linking to a cytotoxic payload via a linker. They are able to deliver potent chemotherapeutic agents to tumors in a targeted fashion. Researchers have relied on microtubule-disrupting agents too much. However, natural products have served as the inspiration in a search for new payloads and payload classes.

Firstly, Ratnayake AS, et al, evaluated a potent class of DNA-damaging agents, natural product bis-intercalator depsipeptides (NPBIDs). They use them as ultrapotent payloads for use in antibody-drug conjugates (ADCs). They find that SW-163D-AcLysValCit-PABC-DMAE is a good Drug-Linker Conjugates for ADC. It consists of a natural bis-intercalator, SW-163D, conjugated via an AcLysValCitPABC-DMAE linker. It intercalates DNA with Nanomolar Affinity. SW-163D is a heterodetic cyclic peptide, a hydroxyquinoline, a dithioacetal, a peptide antibiotic, and a cyclodepsipeptide. SW-163D also exhibits antitumour activity.

Then, among these ADCs, they find that PF06888667 is a potent, stable, and efficacious ADC. It consists of SW-163D-AcLysValCit-PABC-DMAE and an engineered variant of the anti-Her2 mAb, trastuzumab, catalyzed by transglutaminase.

Additionally, PF06888667 has shown promising efficacy in a preclinical model of cancer. Both the 3 and 1 mg/kg doses of PF06888667 show essentially complete response by day 50. The 0.3 mg/kg dose demonstrates a cytostatic effect. PF06888667 treatment results in complete regressions at a 10-fold lower dose than it is observed for the reference Her2 ADC, T-DM1. Importantly, all animals gained weight over the course of the study.