Nowadays, fibrosis has become very familiar to us. It has different types based on the place where it occurs. Skin fibrosis, Pulmonary fibrosis are quite common diseases today. One another fibrosis is old myocardial infarction.

Myocardial infarction (MI), also called heart attack. When blood flow decreases or stops at a part of the heart, MI occurs. It causes damage to heart muscle and easily induces chronic heart failure. Subsequently, the disease leads to morbidity, hospitalization and premature death. Thus, it is essential to find out more drugs to treat such terrible diseases.

Since fibrosis is an important factor in cardiac remodeling after MI. Scientists wonder that whether anti-fibrotic drugs have the potential in the treatment of myocardial infarction or not. So, they use FT011, an anti-fibrotic compound in their following experiments. 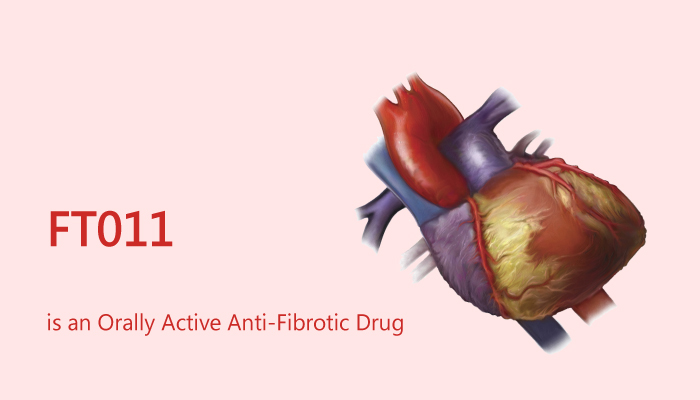 In the beginning, they tried to figure out the effect of FT011 on neonatal cardiac fibroblasts (NCF). The cells increase collagen synthesis stimulated by TGF-β or AngII. However, FT011 reduced the increase in NCF.

Totally, FT011 is a potent anti-fibrotic agent, reduces mRNA expression of collagens I and III and inhibits collagen synthesis.