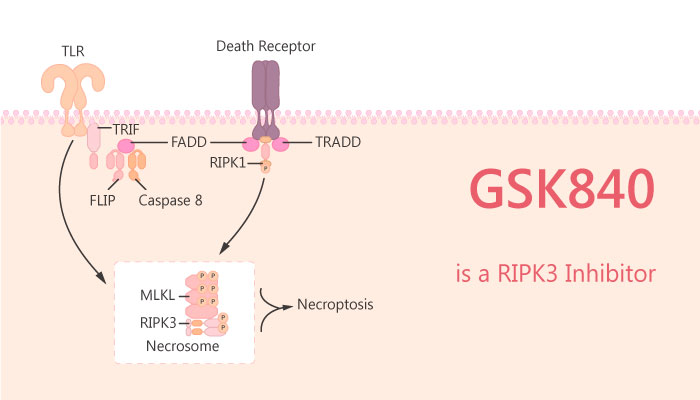 Necroptosis is a programmed necrosis or inflammatory cell death. It is different from apoptosis. Necroptosis is due to cellular damage or infiltration by pathogens. It is a component of inflammatory diseases such as pancreatitis, Crohn’s disease, and myocardial infarction.

In the last few years, scientists have been working on discovering the selective RIP3 inhibitors. Thanks to their efforts, we finally make full use of achievement.

PratyushaMandal, et al found out several RIP3 inhibitors, such as GSK’657, GSK’843 and GSK’840 (GSK840). The last is more potent than the former two compounds. Moreover, GSK840 displays species differences. It is active in human but inactive in mouse cells.

GSK840 is a potent and selective RIP3 inhibitor. Scientists have to do further study to explore more potential of GSK840.