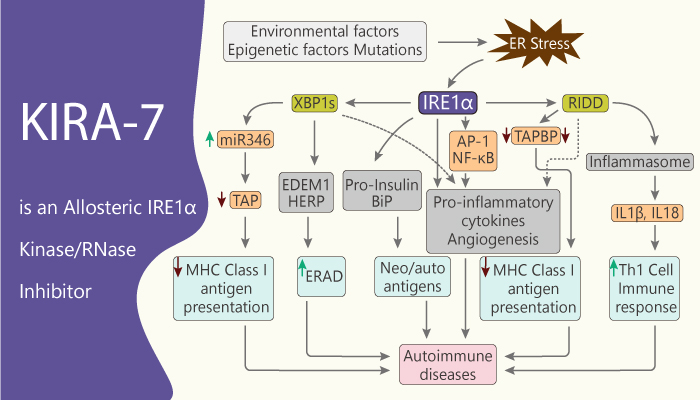 In conclusion, these results demonstrate that IRE1α may be a promising target in pulmonary fibrosis and that kinase inhibitors of IRE1α may eventually be developed into efficacious anti-fibrotic drugs.