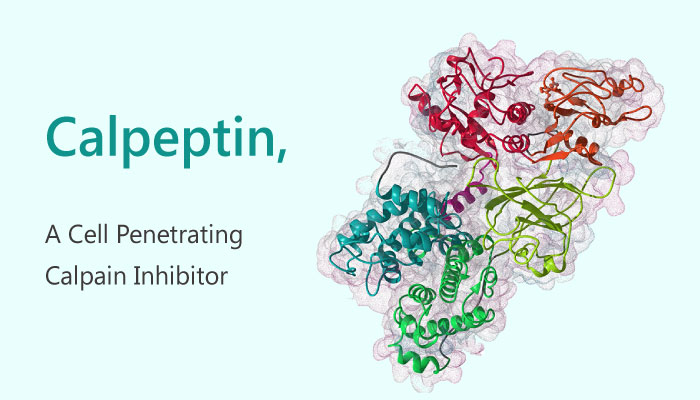 Pulmonary fibrosis is a progressive and lethal lung disease. This disease is characterized by fibroblasts proliferation and the deposition of extracellular matrix (ECM) materials. Mechanically, it usually leads to collagen diseases, rheumatoid arthritis (RA), and radiotherapy to the thoracic region. Idiopathic pulmonary fibrosis (IPF) is the most common type of fibrosis. And IPF leads to a high incidence of death due to eventual respiratory failure. Up to now, there are still few effective therapeutic and preventive strategies for this disease.

Calpain plays an important role in various cellular processes including cell growth, differentiation and apoptosis. RA is a chronic autoimmune disorder associated with several cytokines, including IL-6, IL-1 and TNF-α. Additionally, it has been reported that calpain-inhibitory compound improves arthritis. Interestingly, this effect functions due to cytokine production such as IL-6 and IL-1β. Therefore, C. Tabata, et al. identified the effect and activity of a calpain inhibitor calpeptin both in vitro and in vivo. Calpeptin is a potent, cell penetrating calpain inhibitor, with an ID50 of 40 nM for Calpain I in human platelets. Calpeptin is also an inhibitor of cathepsin K. Furthermore, Calpeptin (0-100 nM, 24 hours) treatment suppresses the proliferation of both WI38 VA13 and IMR90 cells in a dose-dependent manner. Not only that, Calpeptin (1000 pg/mL, 24 hours) also inhibits IL-6-induced cell proliferation of lung fibroblasts. And in animal models, Calpeptin with Bleo administration significantly inhibits the collagen deposition. Moreover, Calpeptin increases calpain activity in the bleomycin treated mouse lung tissues. All in all, Calpeptin prevents bleomycin-induced pulmonary fibrosis in mice and markedly up-regulates mRNA levels of IL-6, Ang-1, TGF-β1 and COL1A1.