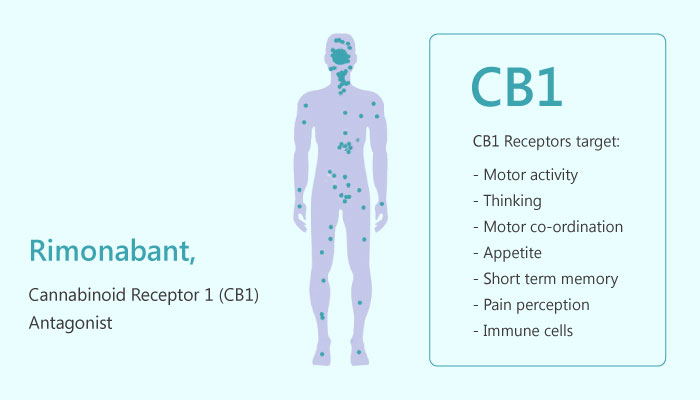 Mycobacteria cause a variety of human diseases, including tuberculosis (TB), leprosy, Buruli ulcer, and pulmonary nontuberculous mycobacterial disease. WHO reported that more than 10 million people were infected with TB globally. And sadly, more than 1.6 million of them died from TB in 2017. Not only that, the disease is also the leading killer of AIDS patients. In addition, the emergence of multi-drug-resistant and extensively drug-resistant mycobacterium tuberculosis makes TB be an extremely difficult disease to treat. Thus, for scientists, it is urgent to find a new TB target. Large numbers of studies have identified the function of MMPLs (Mycobacterial membrane protein Large) in the biosynthesis of the complex cell envelope of mycobacteria. In wihich, MmpL3 is the only essential protein for the replication and viability of bacterial cells (including Mtb). Rencently, Bing Zhang, et al. reported four anti-TB drugs, including SQ109, AU1235, ICA38, and Rimonabant. Rimonabant was well known as a highly potent and selective central cannabinoid (CB1) receptor inverse agonist. It has been approved by the European Medical Agency as an adjunct to diet and exercise for treating obesity. And from this study, Rimonabant is also identified as an inhibitor of MMPL3, which has potential to be a novel anti-TB drug.

The authors disclosed the crystal structure of MMPL3 protein and found it as a direct target of Rimonabant. Additionally, the compound binds inside the transmembrane region and disrupts the Asp-Tyr pairs. Notably, compared to SQ109, AU1235 and ICA38, Rimonabant binds to MMPL3 more feasible and stronger. Since the structure of MMPL3 and the binding pocket of Rimonabant are well displayed, exploiting Rimonabant analogs as anti-TM drugs are promising and broadly effective in mutant mycobacterium.