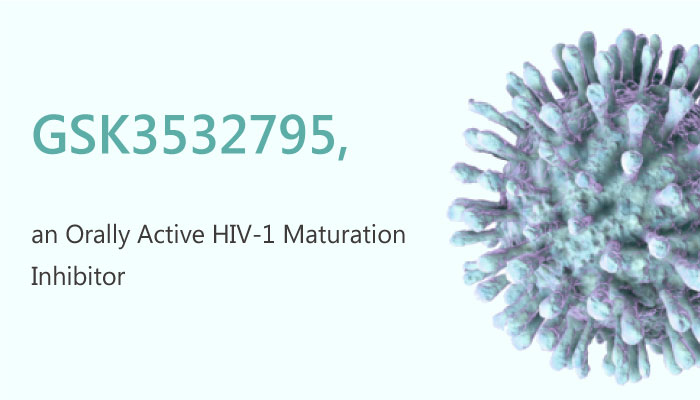 Human immunodeficiency virus (HIV) is a threat to humans and a serious issue for public health worldwide. Especially, acquired immune deficiency syndrome (AIDS) is the most serious stage of HIV disease. The HIV virus attacks the immune system and leaves the body vulnerable to a variety of life-threatening illnesses and cancers. People infected with HIV may have no symptoms for ten years or longer, but they can still transmit the infection to others during this symptom-free period. Meanwhile, their immune system gradually weakens. As a result, they finally develop AIDS. Common symptoms of AIDS are fevers, sweats, swollen glands, chills, weakness, and weight loss.

There are two main types of the human immunodeficiency virus HIV-1 and HIV-2. Of these, HIV-1 is the most widespread type. HIV-2 is a less prevalent and less disease-causing type. Viral proteases mediate HIV-1 virion maturation. The viral protease sequentially cleaves the Gag polyprotein in five different places to release the structural proteins. These proteins are matrix, capsid, nucleocapsid, and p6. These proteins impede maturation of the virus by binding to the virally encoded protease, thereby preventing all of the proteolytic cleavages from occurring. In contrast, maturation inhibitors bind to the virally encoded Gag polyprotein proximal to the CA-SP1 junction. Moreover, maturation inhibitors specifically preclude cleavage at this site.

Fortunately, in this study, Regueiro-Ren A, et al designed GSK3532795, which is a second-generation HIV-1 maturation inhibitor with broad polymorphic virus coverage. Besides, GSK3532795, administered as monotherapy or in combination with Atazanavir with or without Ritonavir, shows antiviral activity, safety, and exposure-response relationships. All in all, GSK3532795, formerly known as BMS-955176, is a potent, orally active, second-generation HIV-1 maturation inhibitor.